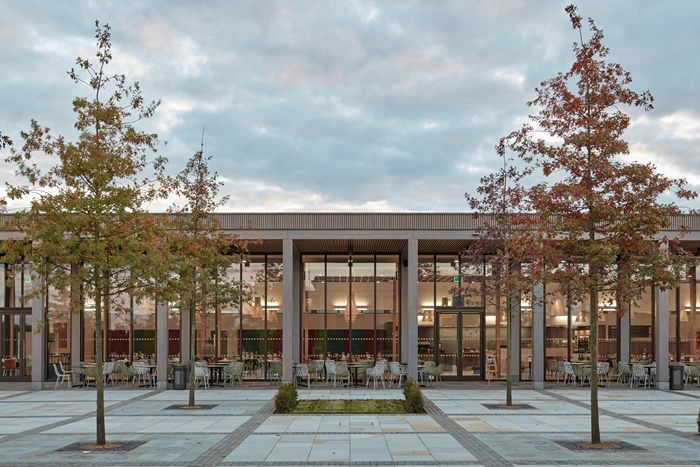 The Remembrance Centre at the National Memorial Arboretum in Staffordshire, which we were appointed project and cost manager, has been named UK Project of the Year by the Royal Institution of Chartered Surveyors (RICS).

Having scooped two awards for the West Midlands at the regional stage, The Remembrance Centre went on to win both the UK Project of the Year and Tourism and Leisure accolades at the Grand Final, for demonstrating outstanding best practice and delivering significant benefit to its local area and wider economy.

The impressive building was part of a £15.7 million reimagining of the Arboretum which now plays host to the beautifully landscaped Heroes’ Square, a large restaurant, retail space, and coffee shop. Enhanced learning facilities mean the number of school visitors is expected to go from 15,000 to 25,000 a year, with the overall number of visitors expected to increase dramatically from the 300,000 it previously attracted.

David Brooks Wilson of Noble Wilson, Chair of the RICS Awards Grand Final judging panel, said: “The latest addition of the Remembrance Centre, whilst deceptively simple, succeeds in meeting diverse and complex requirements. It engages both with its environment and its visitors, as a place of welcome and orientation leading to the new Heroes’ Square and onto the Arboretum itself. The team have really encapsulated the NMA’s vision, as an arboretum of joy where the lives of people are remembered by living trees that grow and mature.”

“It’s a fantastic honour to have led the team which delivered the National Memorial Arboretum. The Remembrance Centre was an exemplar project and I am extremely proud to see it and the project team gaining the national recognition they deserve.”